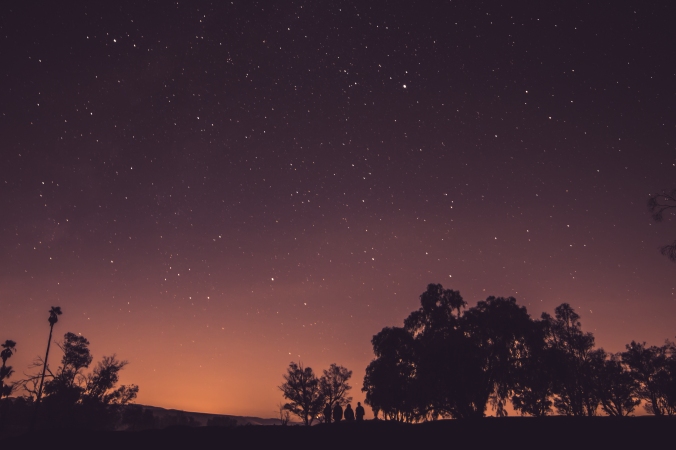 As noted by psychologist Anita Barrows (1995), most contemporary theories of human development,

focus on the growth of the child’s psyche in relation to other people, the coming of the child into human society: learning its signs, its values; separating and developing autonomy…so as to take a place in a world of bounded, independent, individual selves (p. 102)

This isolated ideal is ironic given that human beings are wired for connection. For example, from (before) birth, a child is utterly dependent on her or his caregiver(s) for sustenance and nurture. An environment lacking these qualities can have devastating developmental consequences for the child–impacts which she or he may never fully overcome.

While few would doubt that humans need positive connections with other people throughout their lives, ecopsychologists go one step further. They suggest that–in addition to needing other people–humans are also hard-wired to affiliate with other living things and the life-like processes (Wilson, 1984).

Intuitively, this idea makes sense. For most of human history we lived in small bands of hunter-gatherers in intimate relationship with the local natural environment. As noted by Nisbet, Zelenski, & Murphy  (2009), “Humans began living in cities, separated from the natural world, relatively late in our evolutionary history, so…it is unlikely we have erased all the learning about nature’s value embedded in our biology” (p. 717). Given this (potential) need for nature, conservation psychologist Gene Myers’ question is poignant,

“Can a child provided with a [supportive] human social environment but deprived of more-than-human others develop his or her full humanity?”

Evidence suggests that experiences in nature may in fact be an essential dimension of a child’s physical, emotional, intellectual, and even moral development. For example, some thinkers believe that a child’s emerging personality and sense of self is influenced by her or his experiences in nature. Environmental educator Mitchell Thomashow (1995) calls this process the formation of an ‘ecological identity;’ deep ecologists and ecopsychologists refer to it as the realization of an ‘ecological self’(Naess, 1989).

As opposed to the narrow, bounded sense of self espoused by most modern developmental psychology,

an ecological self can be understood as a broad, expansive sense of self, related not only to other humans but also to our home—the living earth—and the nonhuman others that co-inhabit it.

In Part 2 of this post, I will describe some ways that we might cultivate more ecological selves–both in our children and ourselves–and the myriad benefits that such an expansive selves might have on both personal and planetary well-being.